Ian is an experienced practitioner and teacher who has studied Tai Chi in Beijing, Hong Kong, France and the UK. He is BCCMA recognised (British Council for Chinese Martial Arts) and a certified instructor of the Chinese Internal Arts Association ( CIAA ) and a member of the Tai Chi Union for Great Britain ( TCUGB ). He is also a Karate 4th Dan.

As a young person he found he was seeking “something” not then available from his environment – an understanding of life, of people etc. With science and sports based interests he was completely unsatisfied with the mainstream western/middle-eastern religions and cultures – the far-east promised something different and Karate with its Japanese philosophical connections and a promise of physical defensive power from using the body in a different way, had a lot of attraction.

So he started in Karate while at university, where he trained for 3 years. At the time Karate was one of the few styles available and was very popular, with the UK teams being successful internationally, although over the years he realised that the sport side was not where his competence or his interest lay. His own training continued only for a couple of years after University and lapsed for several years thereafter. However like many people who have trained in martial arts for even a short period the experience stayed with him and he returned to training in his early 30s.

Along the road he achieved temporary grades a couple of times (to be automatically confirmed 6 months later) – and each time had much soul searching as these grades were often considered not quite valid – clearly the highly ranked and respected teachers that awarded them were happy about them, but many other senior grades were not. This conflict started a useful thought process and led him to notice the spiral nature of his progress. This seemed to involve him going round the same kind of development process every few years, each time challenging, learning and changing only to consolidate then go round the whole thing again in the next few years – it seems to take him about 7 to 10 years to complete a cycle.

This process was heightened by him starting Tai Chi practice in the same year he gained his first black belt grade in Karate and continued until he found other teachers who combined soft technique with hard style – finding a balance that he had not till then been aware of as a possibility. Further on he was introduced to “vital point “strategy in older style Karate and in modern Tai Chi. The sheer speed, power and brutality of this approach was frightening – it gave him much thought about the human condition – especially since the people teaching it were balanced thoughtful human beings. He found in the end that it is those very factors that give martial arts their value and meaning, and encourage us to balance ourselves with a search for the positive side of ourselves. Almost as if unconsciously we seek to fill our potential – the trick being to do this constructively not destructively. 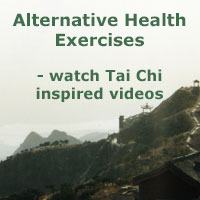 Join us for Tai Chi at 6.30pm on Sunday in Shefford Community Hall. There's no need to book, just turn up wearing flat soled shoes and loose, comfortable clothing.

Tai Chi in The Swiss Garden, followed by a stroll, and maybe some lunch sounds like the makings of a perfect day! If that's how you'd like today to unfold, we start at 10.30am - book your tickets at https://my.mtr.cool/ijxpurkimh

Our next Tai Chi class in the beautiful setting of the Swiss Garden is tomorrow at 10.30am. After our class, why not stay a while and enjoy a stroll- there's always something new to see. Find out more and book your ticket at https://my.mtr.cool/vvzysxdecn

The Swiss Garden is a wonderful place for a Tai Chi class - join us at our next one is tomorrow at 10.30am. After our class, why not stay awhile and enjoy this stunning setting. Find out more and book your ticket at https://my.mtr.cool/xnwatoavqw 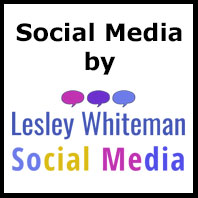